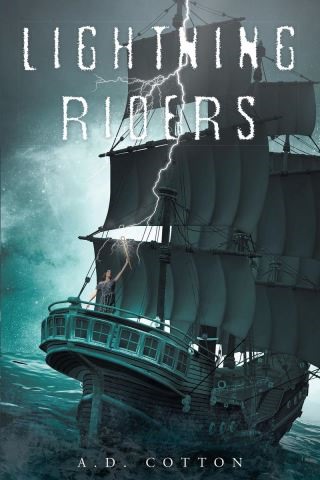 Ancient alien conspiracy theorists have been correct all this time, while the rest of the world thought of them as a bunch of kooks running around wearing aluminum foil hats. Every civilization on earth has a history filled with drawings, statues, temples, pyramids, cave drawings, etc., showing ancient beings roaming the earth and skies. These beings come in all shapes and sizes. Egypt gives us the half-human, half-animal, whereas India is known for drawings showing flying gods battling one another. One thing is correct regarding the gods at war: presently, these immortals have a time out in place. This is the good news. The bad news is, an artifact was found on a sunken Liberty ship in the Bermuda Triangle. This artifact may be the key that will start the god's machines of war, thus placing the human race in the crossfire between the warring immortals. Before any of the immortals gets control of the artifact, it falls into the hands of one of the most self-centered humans the world has ever had to date. His goal of controlling his "New World Order" is within his reach if he ever learns how to control the artifact. Nicki and Noah Colter are fraternal twins, and both have doctorate degrees in archeology. Nicki is an expert in Egyptian history, and Noah is as well-known in the Mayan circles. The conspiracy theorists have said there has been a connection between the two civilizations and it is more than just their pyramids. The twins are on the other side of the fence in this theory, with no connection in any way, shape, or form. Their world is turned upside down, however, with this connection, and to top it off, they have to find the artifact first then keep it from the warring gods.